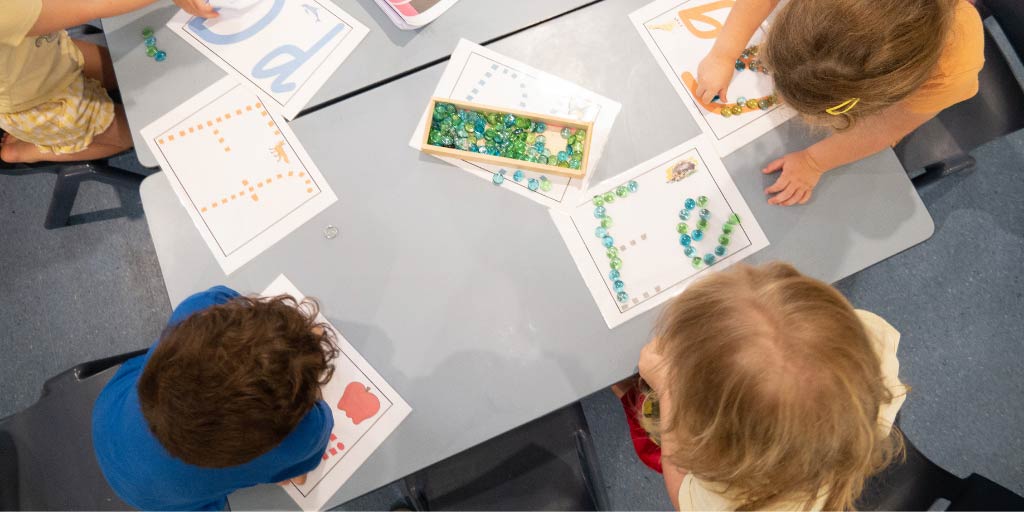 The most significant period for obtaining language and speech abilities fall within the first three years of living when the brain is nurturing and developing.

As parents are a child’s first official teacher, ensuring parents have knowledge in language development will stimulate interactivity and guide their children to communicate with themselves and their surrounding environment. Hence, it is important to know how to encourage and help children develop skills with these simple tips.

Babies’ brains are rapidly developing in their early months, as they attempt to repeat and mimic sounds that are exposed to them during this stage. Unrecognisable words and babbles such as a ‘coo’ will be spoken and will start to use gestures resembling pointing and waving to communicate with parents.

Continuously talk to children about your plans for the day, or even when changing their nappy or playing with them. These could also be expressed through singing to made-up songs to gain attention. Your child will start to blabber, and this is when you respond to them by nurturing the notion that you do pay attention.

This is the age when children use meaningful words, sounds, gestures, and made-up words to communicate. They use “telegraphic speech” which is simply a two-word sentence to present their thoughts and feelings. For instance, “doggy play” or “mummy come”.

Repeat what your children say and thoroughly respond by adding different tones to express the different emotions. It is also beneficial to give simple commands such as “throw the ball” and point to pictures in books to expand their vocabulary and listening skills.

New words are being utilised every day at this stage, where their terminology is rapidly expanding. Short sentences containing three to four words are spoken and more structured sentences are understood.

Always listen to them when different tenses are used and eventually build on what they say by extending sentences and repeating them. Additionally, reading books to them will not only expand their vocabulary but encourage a creative, imaginative mind.

Children will continue to develop language abilities throughout their childhood and into their ongoing adolescence years. Nevertheless, continue to expand their oral language skills as children are capable of using language for several different occasions.

We strive to provide your child with the best possible care to promote growth and a healthy lifestyle now and into the future. At your local early learning centre, we encourage open-ended and intentional play-based learning both indoors and outdoors. Our centres are located in Cannon Hill, Cleveland, Daisy Hill, Doolandella, and Underwood. Please feel free to contact us today to enquire or to enrol your child.

What Your Child Should Be Eating for Their Age

A healthy diet is more than the food a child consumes; it is also about staying active. However, the two go hand in hand. Your child should be eating the right foods that balance the energy they use doing physical activities. – READ MORE